Home Healthy Eating How To Eat Like Your Ancestors

Whether you’re a Paleo fan or not, there’s certainly common ground between those who follow the diet and everyone else. Obviously our ancestors were doing something right when it came to eating and exercise.

Food wasn’t simply grabbed off a shelf, tossed into a cart and driven to your home. It was hunted, killed, prepared and cooked. Nowadays, disease abounds and even with advances in technology, our lifespans are shortening as lifestyle choices create epidemics far out of our collective control. Little kids are obese and twenty-some year olds are suffering heart attacks. So where exactly did we go wrong, and is there a way to fix it?

If you take a look at countries who still practice subsistence farming and must grow and hunt the food they consume, some things haven’t changed with time. The disease presence in these countries falls more along the lines of under nutrition than the issues we have elsewhere that are a result of over-consumption. But there is clearly an issue in industrialized countries where while we grow food to live off of, we also mass-produce and process a much larger amount.

It wasn’t until 10,000 years ago when our diets shifted from only those things we could hunt, fish and gather towards the state we’re in today. Because the amount of hunter-gathers left in the world are so slim, researchers are trying to learn about their way of life before it’s too late. While the development of agriculture seemed to be a step in the right direction, it’s up for debate when we assess the current health state of the majority of the world’s population.

In an article in National Geographic, titled “The Evolution of Diet,” studies were done on the Mayan population that may be indicative of what exactly happened to our health as a result of a shift in the foods we consumed and the methods in which food was obtained. Until the 1950’s, diabetes was unheard of amongst the Maya. However, when they shifted their diets towards a more Western (read: sugar-heavy) diet, diabetes occurrences were through the roof.

There may be some tie, too, between the way we prepare food nowadays compared to how we used to. With advanced cooking methods, we serve and consume meat in a very digestible form, whereas our ancestors were eating raw or minimally cooked meats in particular. The energy required by our bodies to break down the meats we consume is pale in comparison to the amount of work our bodies used to have to do.

Whatever way you look at it, it’s quite obvious that whatever happened between then and now isn’t a shift in the right direction. Instead of dying from sicknesses that went untreated due to lack of medical care and resources, we’re dying off from lifestyle diseases we’ve brought onto ourselves amidst the most impeccable medical technology. Perhaps the best we can do is to ensure that we are doing our part to eat and stay healthy in a fashion that is as close to our ancestors as possiblethis wouldn’t be a bad case of history repeating itself.

Previous PostShould Growing Your Own Food is good ? Next PostEating Healthy In A World of Processed Foods 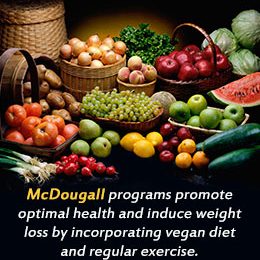